The Risk and Reward of IoT: What Your Marketing Company Should Know 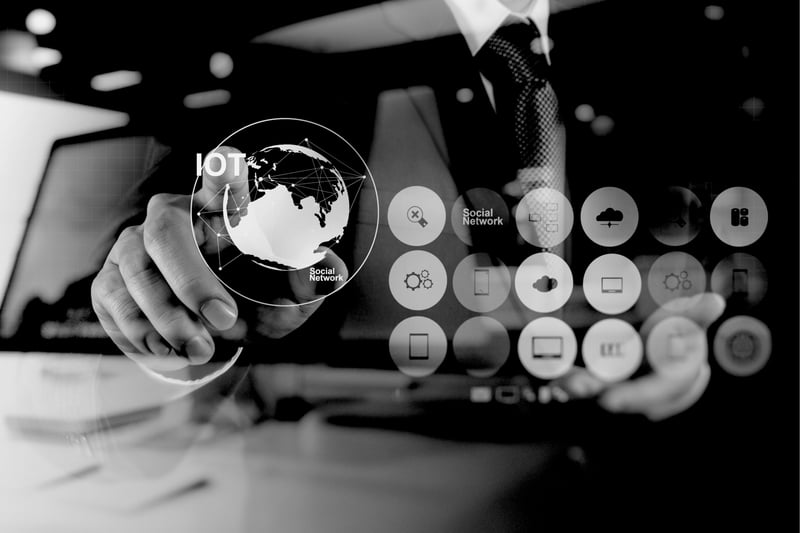 According to a study conducted by Cisco in 2016, global business executives believe IoT, or the Internet of Things, will positively impact their companies in multiple ways, such as operations efficiency, customer service improvement, and enhanced collaboration among others.

Here are the top 8 IoT benefits according to the Cisco study:

The Internet of Things offers a wide range of benefits to the consumer and will completely change the ways that consumers and technology interact in every fundamental way.

The year of 2017 will mark a great inflection point for the development and adoption of IoT Technology. Appearing on the 2015 Gartner Hype Cycle for Emerging Technologies, IoT appeared on the top peak of inflated expectations, but that same situation didn’t happen in the 2016 Gartner Hype Cycle for Emerging Technologies, in which IoT didn’t even appeared, which made many CIOs and IT leaders to question if this isn’t just another over-hyped technology that will never go mainstream.

However, according to a recent research conducted by Morgan Stanley Research, around 95 percent of the industry is already preparing for a wide introduction of IoT devices and related hardware to the market in 2017.The average lead time for a new product to be released is from 12 to 18 months, giving ample time for IoT devices to start rolling out in 2018.

The Morgan Stanley research shows that Cybersecurity is the number one concern when adopting IoT. What were once intimate places, such as cars, schools, and homes create specific challenges from a security and privacy perspective. It’s a certainty that consumers will most likely want to keep their privacy; however, wearable devices and objects will make that nearly impossible. Consumers aren’t the only ones, companies don’t want to have their valuable asset – information – exposed to hacker attacks in the cloud. The main concern topics found on this research are:

The Concern Around Security

The security of data is a growing concern for every business segment and for every company within the market, but even more so for consumers who are willing to rely on universal connectivity. Manufacturers are also concerned about the IoT’s potential vulnerabilities, but the question that remains is: what kind of threats is IoT about to face? It’s possible to list IoT threats under three different categories:

Many industry experts, see the security threats of the Internet of Things as potentially crippling to systems. By having critical infrastructure components, IoT is a potential target for national and industrial espionage, as well as denial of service and other types of attacks.

IoT will open a wide range of opportunities when it comes to new markets to be explored, new forms of interaction among different systems but, it will need to have a and safe structure that is built from the bottom to the top is a necessity to ensure a secure and safe IoT with customer privacy protected.

Thinkdm2 has been helping organizations market their technology for over 25 years. Like our insights? Visit our blog for more of our content.